The J1 Alumni, in cooperation with ZIP Travel Philippines, formed a foundation in 2013 called “J1-Connecting Alumni through Reliable and Efficient Service to the Community Foundation" (J1 CARES). J1 CARES aims to give back and share blessings with other people through annual charity programs and activities. 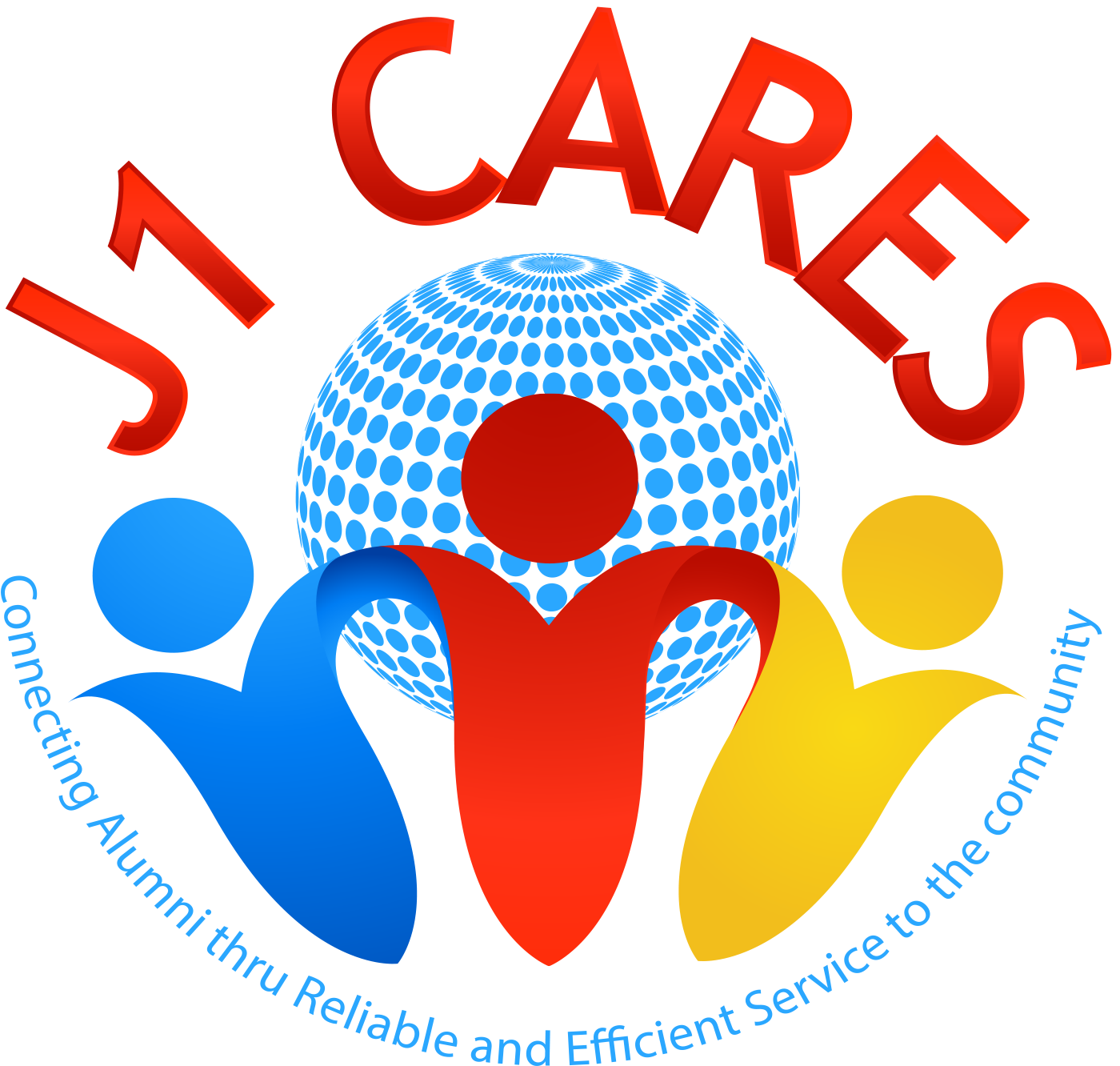 A BAG OF HOPE

On June 29, 2018, J1 Cares, in cooperation with the Alliance of Cultural Exchange Providers in the Philippines, held its annual outreach program called "A Bag of Hope Project.”

A Bag of Hope Project aims to give school supplies to underprivileged students of the Aeta community of Sitio Haduan and Marcos VIllage in Mabalacat, Pampanga.

J1 has collected more than 300 sets of bags with notebooks, pens, pencils, crayons, and paper. The donations came from J1 Alumni, Visa Sponsors, and Host Organizations. On the day of the outreach program, J1 Alumni and ZIP Travel spent a day with the children and gave them the sets of bags.

The smile on the faces of the children was more than enough to prove that "every act of kindness, no matter how small, can make a big difference in the world." 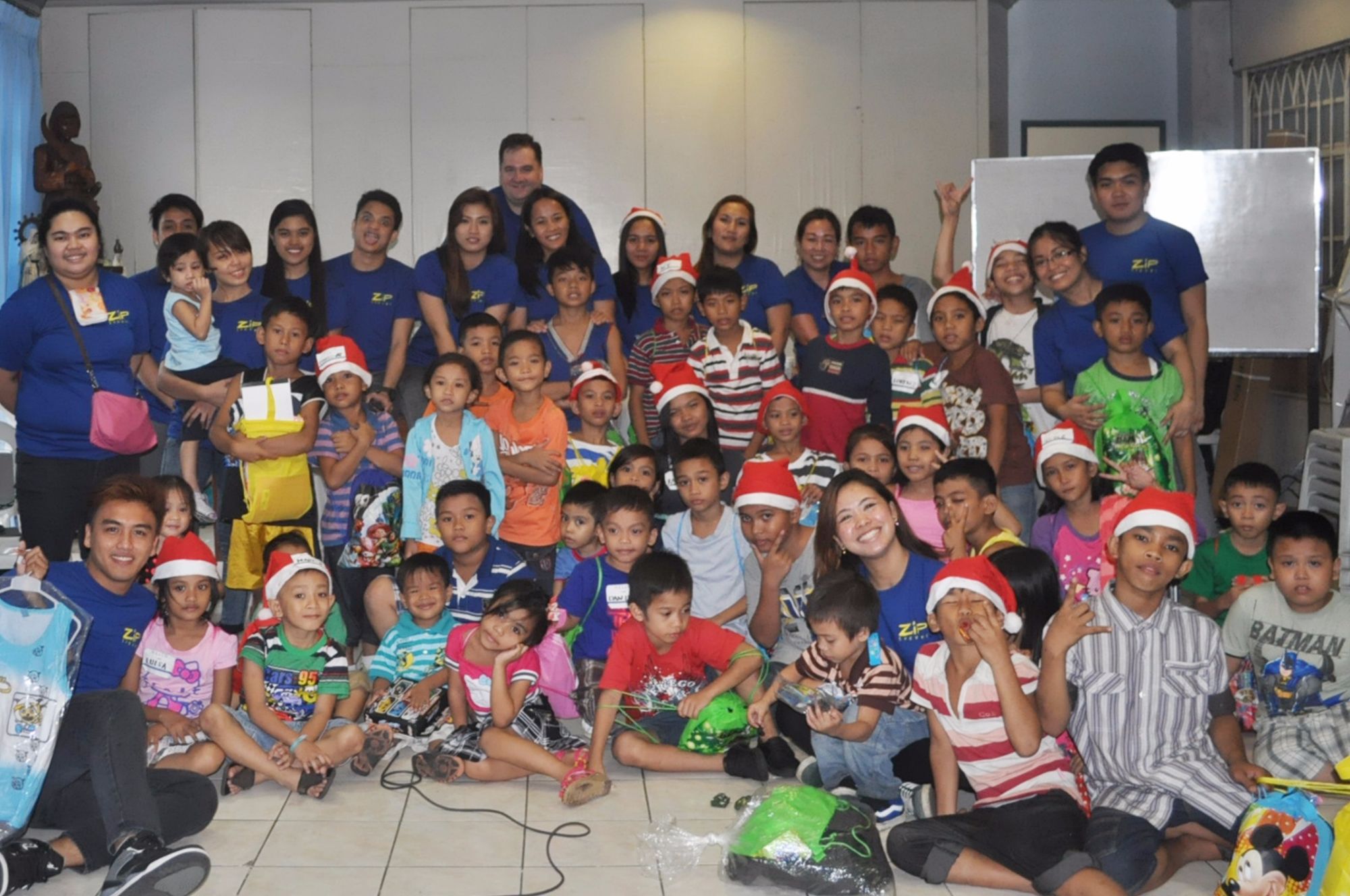 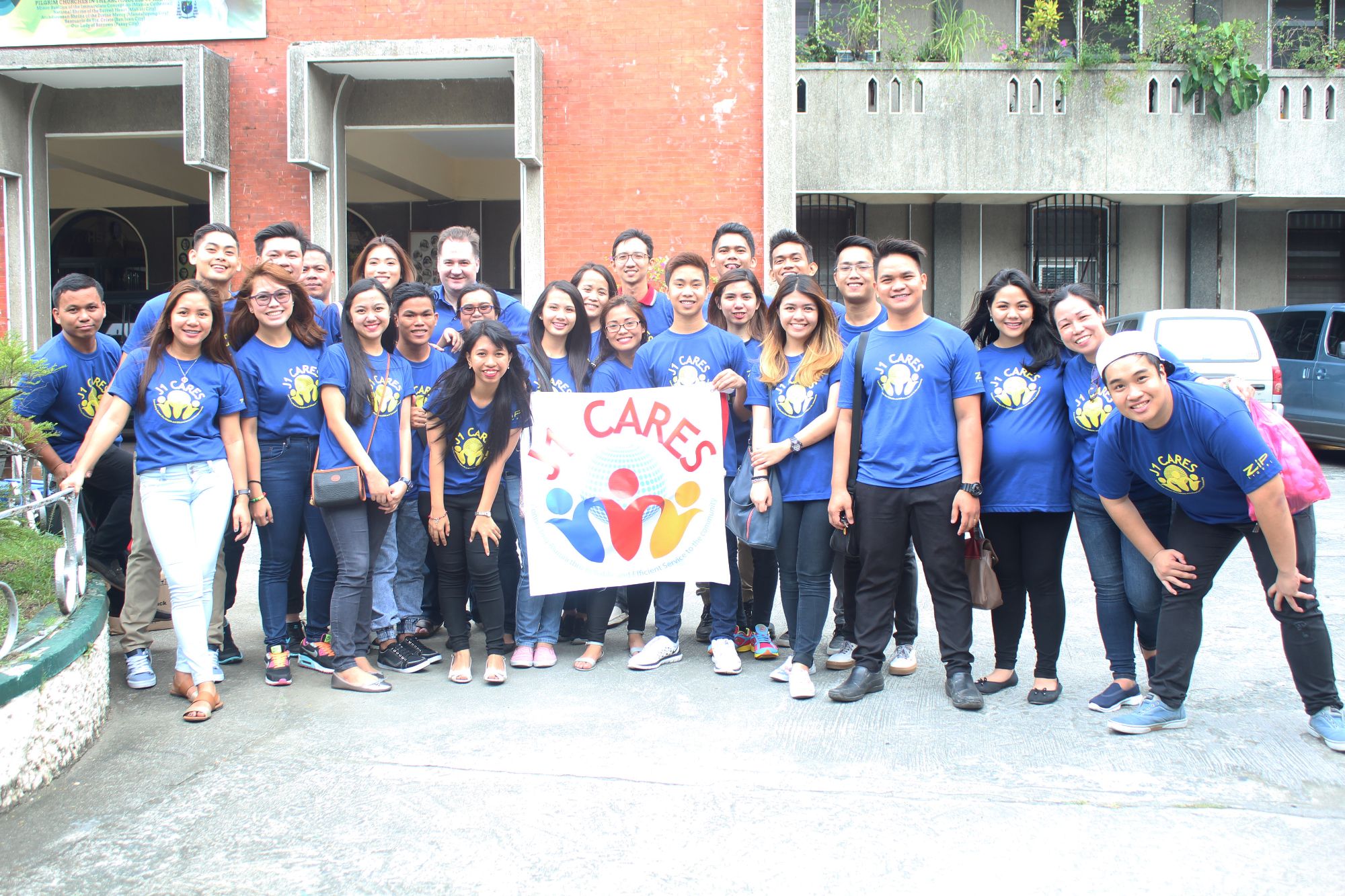 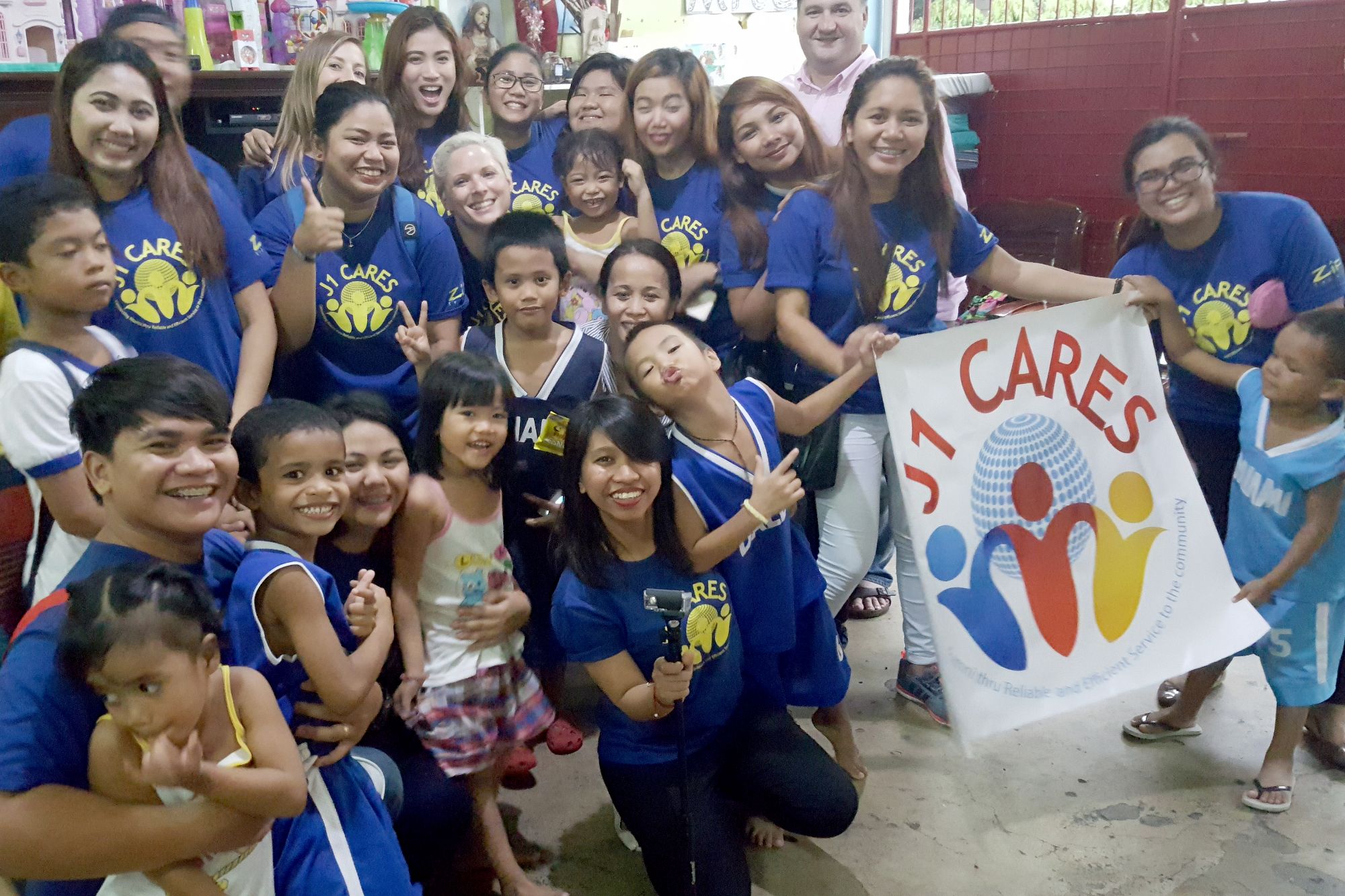 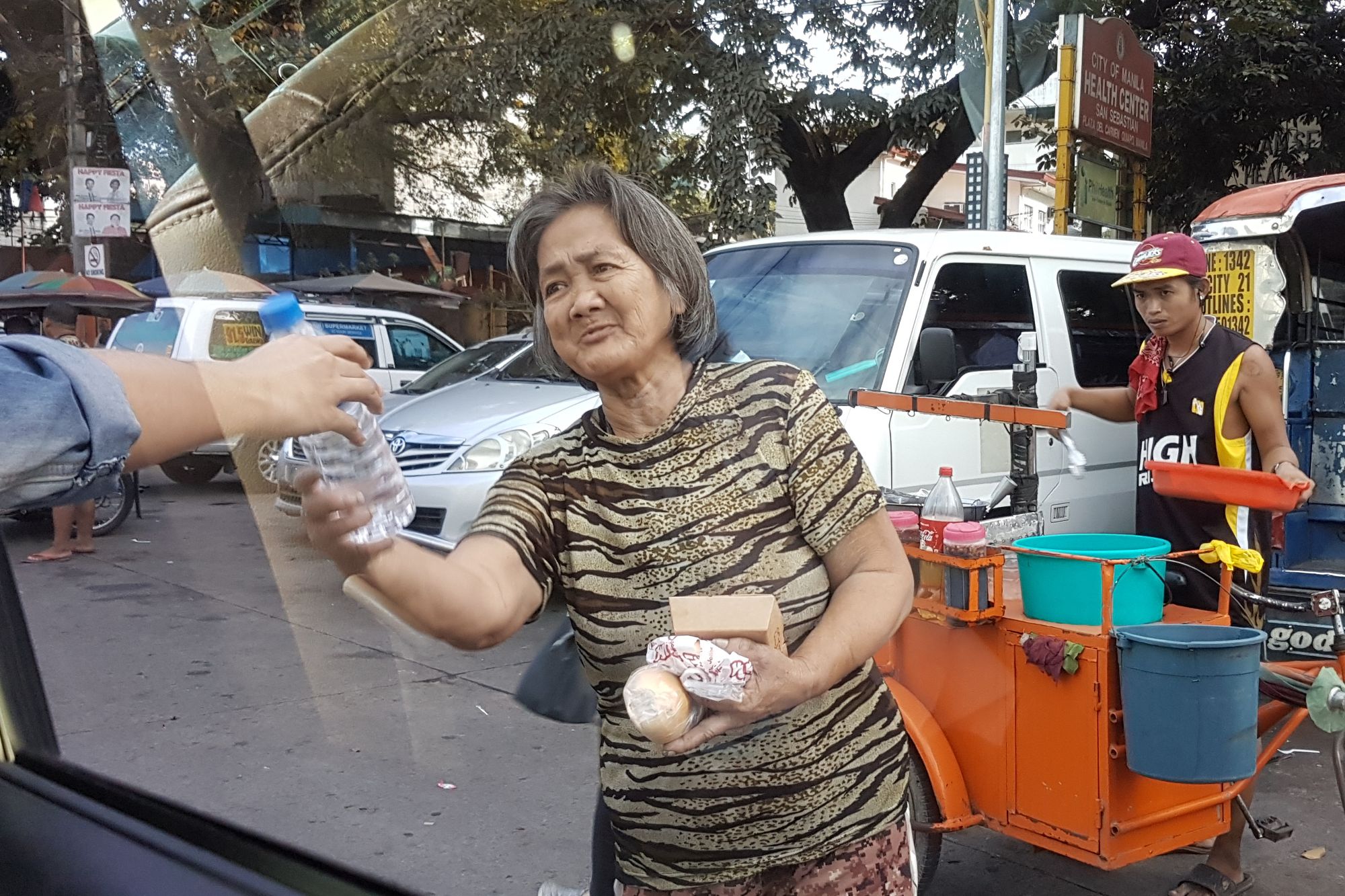 Cares on the Road 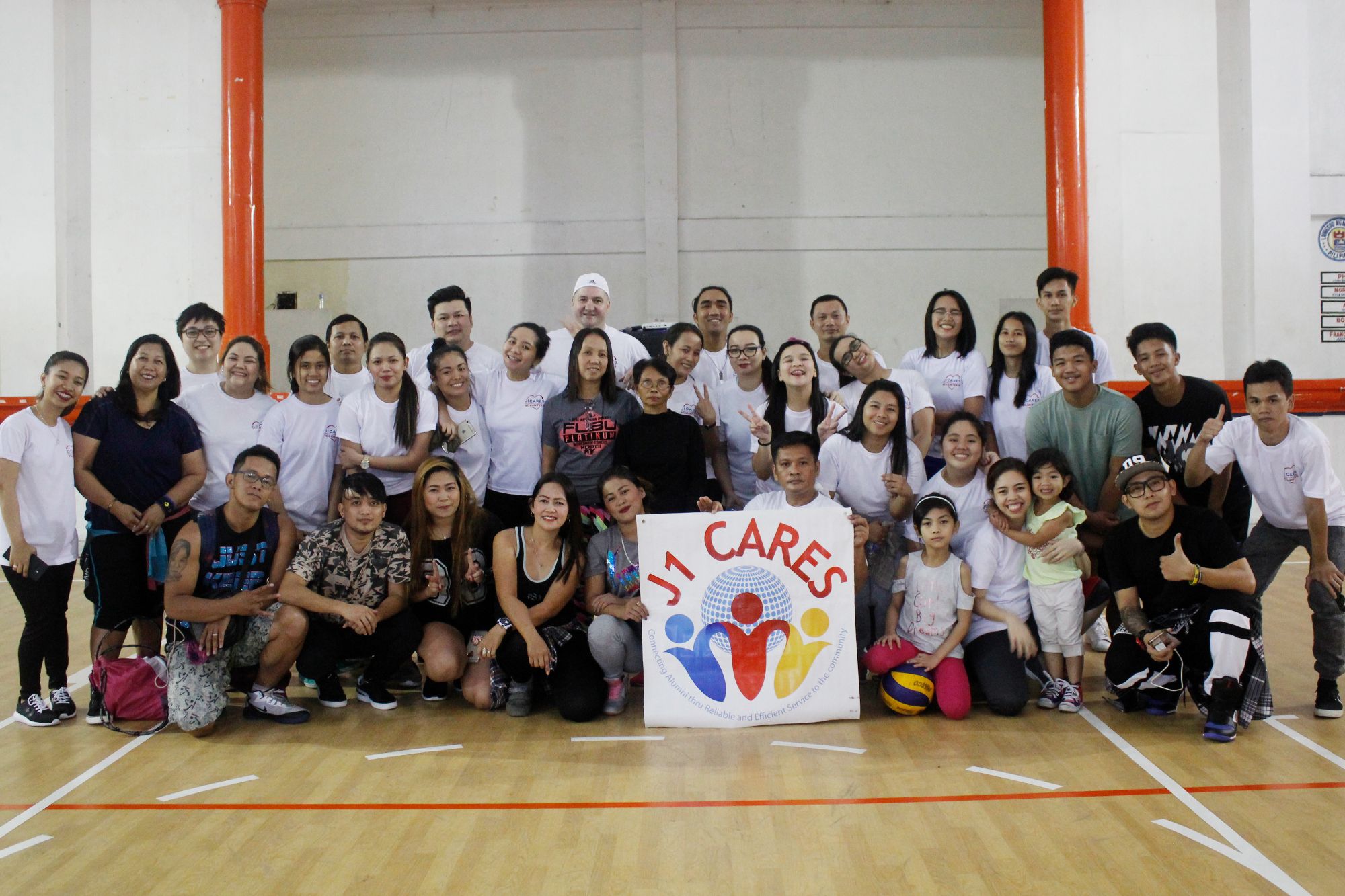 Groove to Care: Dance for a Cause

“They may forget what you said but they will never forget how you made them feel.” – Carl Buechner

Children are some of life’s greatest mysteries and a source of joy. Their mere presence changes the atmosphere in a room and brings smile on the faces of many people. However, that’s not always the case. Some children are abandoned and placed in unwanted circumstances; circumstances that require the intervention of an outsider to care for them. Virlanie Foundation happened to be one of them.

Virlanie Foundation is an organization that takes care of abandoned children and those in special situations (e.g. subjects of court cases or victims of abuse). Under the recommendation of JW Marriott Houston Downtown, the J1 Cares Foundation coordinated with Virlanie Foundation to conduct an outreach program for the children under their care.

On August 12, 2016, J1 Cares, in partnership with ZIP Travel and JW Marriott Houston Downtown, went to Virlanie Children’s Home and held a program. During the first half of the program, J1 volunteers attended a seminar about Virlanie, the children’s status sensitivity, the volunteer programs they run, and the facilities they have.

The smiles on the children’s faces seemed to be communicating that even for a short time, the J1 volunteers have touched their lives. The guests from JW Marriott were moved by the kindness and affection and commended both Virlanie and J1 Cares for the effort to make an impact on the lives of the street children in the Philippines.

Christmas is truly the season of giving and sharing as proven by the J1 Alumni through the second annual J1 CARES Outreach program held on December 18, 2018, at the Hospicio De San Jose Elderly Home.

J1 Cares, in cooperation with ZIP Travel Philippines, had chosen to bring joy to the elderly of Hospicio De San Jose in Manila. Some of the elderly under the care of Hospicio De San Jose are found on the streets of Manila, abandoned by family members, or those who are incapable to take care of themselves. J1 Cares had amassed a certain amount of money from their stipends along with the donations from ZIP Travel to give the elderly early Christmas presents.

It was a fun-filled day with a mix of smiles, laughter, and tears as J1 Alumni shared not only gifts but also affection. There were a series of presentation from J1 CARES and the elderly. Overjoyed with the performances, the elderly sang and danced with the students. Before the end of the program, the elderly sang a song and thanked J1 CARES for bringing with them the spirit of Christmas, that they appreciated the foundation’s efforts, and that they were happy to not have been forgotten since Christmas is usually for children. They extended their prayers for the J1 Alumni to be successful in their lives.

Christmas has always brought with it the spirit of giving and love, and in the world where these are scarce, the J1 Alumni, in partnership with ZIP Travel Philippines have started J1 CARES Foundation. The foundation aims to give back to the less fortunate and create a sustainable way of life for them. In line with this, J1 Alumni started collecting donations from their fellow J1 participants and planned an outreach program for the homeless children under the care of Caritas Manila.

The outreach program was flooded with support from the previous J1 participants; they brought with them gift items like bags, clothes, and candies, while others gave cash donations for the program. The event was held on December 13, 2014 at the St. Ezekiel Moreno Hall. The program included a Christmas party and gift giving. J1 Alumni from all over Manila and Luzon came to bring smiles and spread the spirit of Christmas for the less fortunate children in the streets of Manila. Participants sang, danced, and played with the children. Officers of ZIP Travel also joined in the festivity, with Mr. Aaron Black being the children’s favorite as he was seen as “Santa Claus” because of his blue eyes and kind face.

Cares on the Road

December 29, 2017, was a day to remember as a handful of J1 Alumni organized a small program where they spread the Christmas spirit along the streets of Manila. Spearheaded by Ms. Faith Coleen Sibal, J1 alumni, Ms. Jaslind Matibag, an officer from ZIP Travel Philippines, and J1 CARES collected donations from the employees of ZIP Travel and other J1 Alumni to buy food items for distribution. On the same day, a J1 Alumnus, Mr. Ralph Cariaga, employees of ZIP Travel Philippines, Mr. Gerry Velasquez, and Mr. Mark Bryan Reyes traversed Roxas Boulevard giving out food to the homeless individuals.

They recalled how the people flocked around them, beamed them with happiness as they received food items. That scene made the volunteers realize that their actions made such people remember that life is not only full of hardships and cruelty and that there are people who still live with the spirit of community service and charity.

Groove to Care: Dance for a Dance

“Dance is the hidden language of the soul.”  - Martha Graham

Caring is defined as an act of displaying kindness and concern towards others, and caring as an act can be shown in many different ways. With that in mind, the J1 CARES Foundation held its first fund raising event last February 24, 2018 at Dapitan Sports Complex, with a theme of “Groove to Care: Dance for A Cause.”

The event was held to raise funds for the J1 CARES’ biggest undertaking since its conception which is “A Bag of Hope” Project. A Bag of Hope project aims to provide school supplies to the under-privileged students in Mabalacat, Pampanga, and to support the treatment of baby Ysabella, daughter of one of ZIP Travel’s J1 Alumni. Ysabella was diagnosed with Biliary Atresia, an ailment in the liver.

Donations and support for the fund raising came from all over the Philippines from both J1 Alumni and individuals that have heard about the event. J1 CARES Foundation invited Mr. JR Docto, a choreographer for GMA 7, along with two talented instructors, Mr. Kyx Limbag and Ms. Eicko Vinuluan, to lead a group of fifty individuals to dance without any care in the world. The attendees and the employees of ZIP Travel got to dance their hearts out in the two-hour Zumba session. They were given the chance to not just engage in a fitness routine but also to give back to the community.